Hockey, A Game Of India 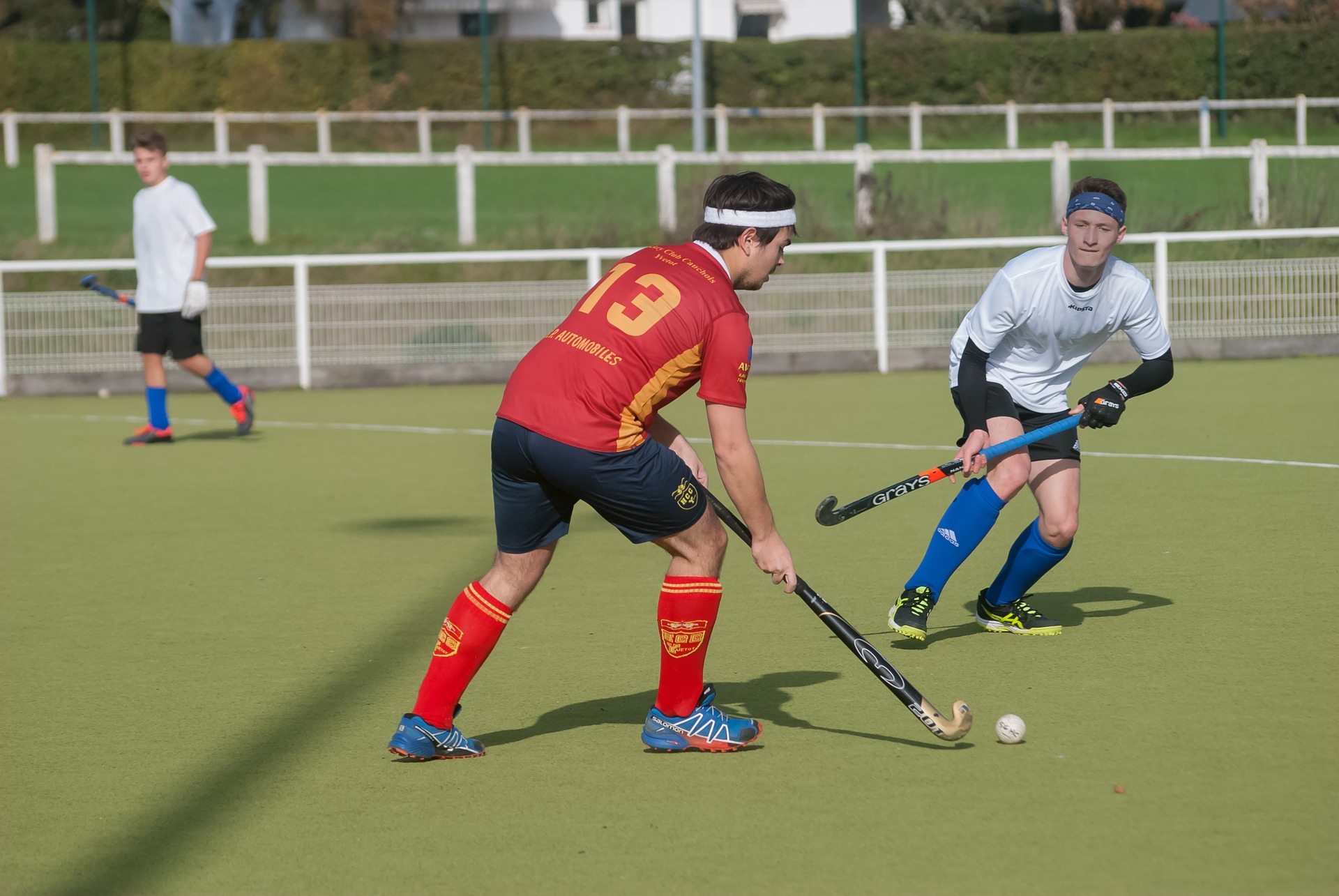 Hockey, A Game Of India

Rule of the game

There is a team of 11 players on each side. It’s divided into one goalkeeper and 10 other players. There is a further split into defenders, midfielders, and attackers out of the 10 players.

The field is 100 yards lengthwise and of 60 yards breadth. It consists of three lines, out of the two are 25 yards long and one line in the center. These lines symbolize different parts of the field. At both ends, there are goals which are four yards in width. The goal is surrounding by a 16-yard long line. The goal will be grant only within this 16 yards distance. Each and every player is equipped with a hockey stick and he can hit the ball only with one side of the stick. A goal scores successfully when one hits into the opponent’s goal within the 16 yards line distance. A ball passes only through sticks and the ball should not touch any part of the body.

There is a referee whose job is to manage the players and call for fouls when one occurs. A foul may occur in various ways.

1. When a player intentionally hits the ball to hurt the opponent player.

2. When a player tries to stop the ball with his body parts.

3. Raise the stick above their waist.

4. Hit their opponent’s with the stick

Some Important Thing That You Should Know About That

Goalies stick is quite different from the player’s sticks. The surface area is increased by making the goalies stick curved at one end. It helps to save the goal as the stick covers more area. The uniform of the players is made of shin guards, shoes, shorts, a mouth guard and a jersey. The teams which score the largest of the goals win the match.

If the score is equal at the end of the match. Either a draw occurs or there is a penalty shootout. Then, finally, the game is decided whichever teams score more goals during the penalty shootouts. The International hockey federation is the association which manages the game.

Its functions include organizing the rules of the hockey game. Represent men and women in

3. world league and others

Importance Of Hockey In India

Hockey is a national game of India. Our nation is a world champion in 1928, and have got 6 gold medals in Olympics. The benefits of playing hockey are that it improves our health and increases our stamina to a great extent.

Dhanraj Pillay is a well-known player of the Indian team. One needs a lot of dedication and exertion while practicing it. It plays outdoor and Indian youth likes it very much. It provides finance and health to the player. There is a great career in this game. The future is all open in this game.

Some Interesting Facts Of Hockey

Hockey is a well-known sport in Australia. In Australia, hockey plays in clubs, schools and indoors. While playing this game, players accelerate, slow down or change their directions.

They do so either to stop the ball, pass the ball or dribble the ball. Players of that game should be physically and technically sound in their game. Field hockey has been a great success in countries like

3. The United States and

This game is a famous sports game in schools in the United States and Canada. Gordie Howe put such an extraordinary impact on the game of hockey that nobody has done ever before.

This article talks about the game of hockey. In India Hockey is a national game. Many other countries are also playing this game. One of the most renowned players and captained team India, Sardar Singh. In above there is some information are given about the game. I think this somehow enough to know about the game.