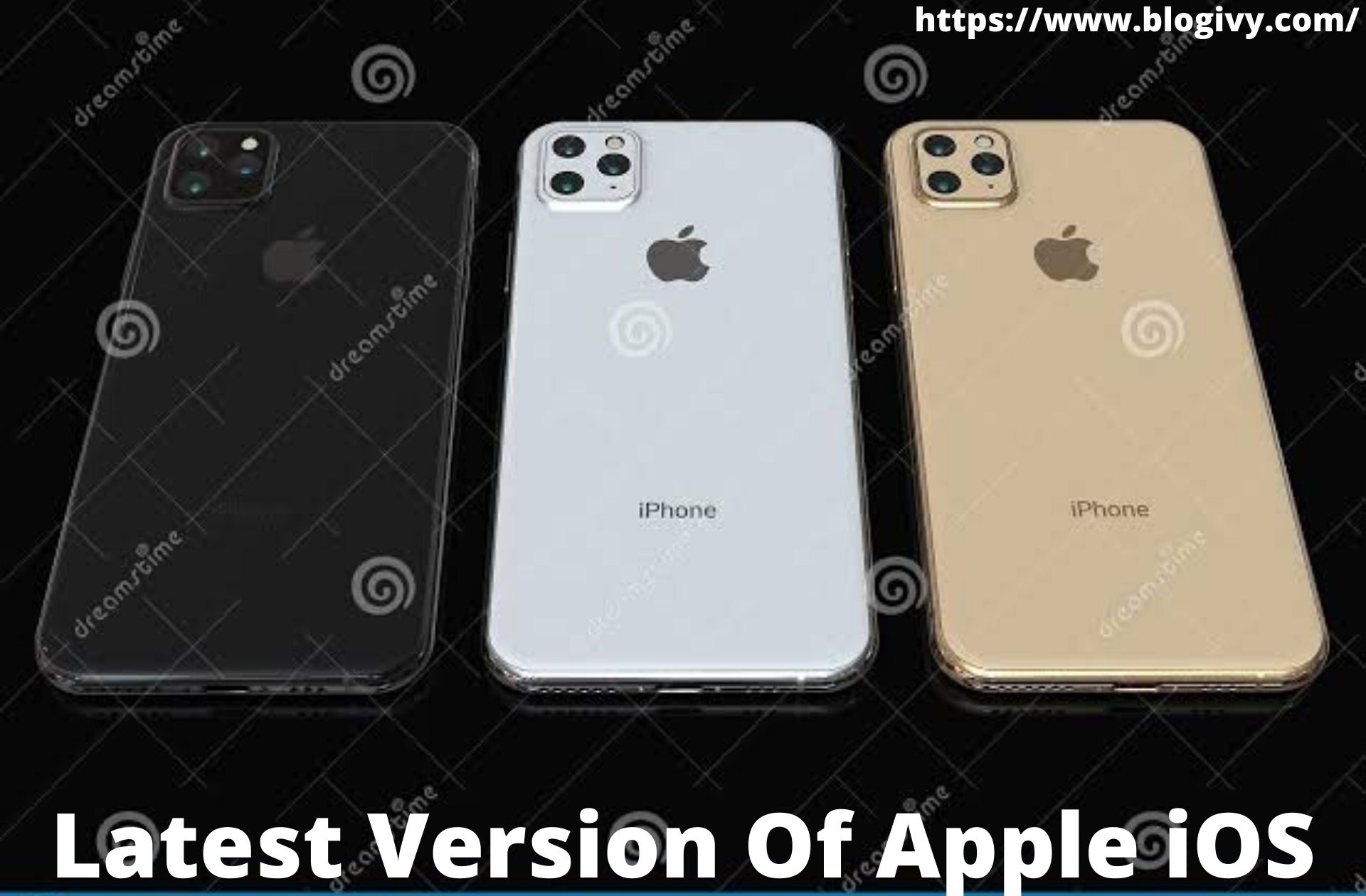 An iOS operating system was developed by Apple INS. Apple INS is an American multinational technology company that developed computer software. It’s announced first-generation iOS iPhone on 9 January 2007 and it is released on 29 June 2007 through Apple. And the latest version Apple iOS13.

Apple currently providing the same version of iOS for the comparable model of the iPad, iPod which is released in the same calendar year. Now an available different types of model or latest version of iOS In the market. Like as- iPhone, iPhone 3G, iPhone 4, iPhone 5, iPhone 6, iPhone 7, iPhone 8 and iPhone x series or 11 series.

The latest version of Apple is iOS 13

The latest version iOS 13 was launched on 19 September 2019 and iPad based IOS 13.1 was launched on 24 September 2019. Apple releases a new major version of IOS and iPad operating system in every twelve months. There are some new features of IOS 13 is System-Wide Dark Mode, Silence Unknown caller option for blocking robocalls, New text editing gesture, improve location permeation, Bluetooth privacy control and more.

The dark mode is in every phone or operating systems like windows, mac, and Android but there in iPhone and iPad. But in this latest version of Apple IOS13  and iPad OS13 finally bring some coveted features to Apple’s devices. And it looks amazing and it automatically works with supported applications and websites.

If you want to dark mode enable the entire user-interface on your iPhone or iPad. Now you see a black background and white text. Then iPhone goto with a true black theme that means are background places is pure black which instead of a dark gray.

This looks amazing on iPhones with an OLED display like as – iPhone X, XS, XS Max, 11, or 11 Max as the pixels just don’t light up. So it maintains readability, then Apple has gone for a gray background for some background elements.

The iPhone IOS 13 has a new feature that saves you from all spam and robocalls. The new Unknown silence caller feature mutes all incoming calls from your number which is not your contact list. Silence Unknown caller is automatically blocked an unknown number from calling you. Your contacts and people you have interacted with will still be able to call you, but you won’t be bothered by incoming calls from anyone else.

American multinational technology company adds a new text-editing gesture feature for the iPhone and iPad with iOS 13. This is made easy and faster to select the text, copy and paste, and move the text-entry cursor around. iPhone keyboard supports now swipe-to-type. You can now select words more quickly, sentences, or paragraphs with a few taps. These shortcuts should work anywhere you can edit the text on iOS13, But after the release, IOS13 developers release a few updates for IOS13

Now you can copy, cut, and paste with a gesture. Previously you would need to highlight text then make your selection from the hovering menu. In iOS 13, first, select your text and then:

Swipe and Tap to Undo & Redo

If you’ve made a mistake, you can undo it easier than ever with a handful of new gestures:

Press the keyboard and move the cursor

You can now quickly select phone numbers, addresses, and email addresses thanks to intelligent selection. Just double-tap near the information.

Tap and Hold to Display the Formatting Bar

iOS 13 includes a new hovering formatting bar that provides access to cut, copy, and paste as well as undo and redo options. You can use these icons instead of the gestures above.

Scroll Faster Than Ever With the Scroll Bar

Scrolling in iOS feels natural, but what if you have a particularly long email, document, or web page to navigate? You can now scroll at lightning speed if you grab the scroll bar and move it up or down the page.

This works just like scrolling would on an old Windows computer, and it only took 13 versions of iOS for Apple to see the light.

In this Bluetooth privacy, we can control the application whether can access it. That is asking before getting your location through GPS accessing your contact and it has asked before tapping the Bluetooth radio. The simple mean is these applications which Accessing your Bluetooth iPhone and iPod. Now they have to ask first.

iPhone is a powerful object because it has re-mediated Apple into a networked product. That’s a combination of the Internet with the Mac and music or mobile communication device. It is connected only to other Apple products, software, and applications. Because of this, Apple created a commodity for people that improves with consumption. While individuals purchase more Apple products, then they become more ‘valuable’ making the network of Apple. The iPhone has not viewed an object, but a concept of networking with Apple products and other users. Furthermore, this network establishes a mobile virtual window within the multitude of embedded screens that are always accessible to the user.