Tweakbox and its alternatives 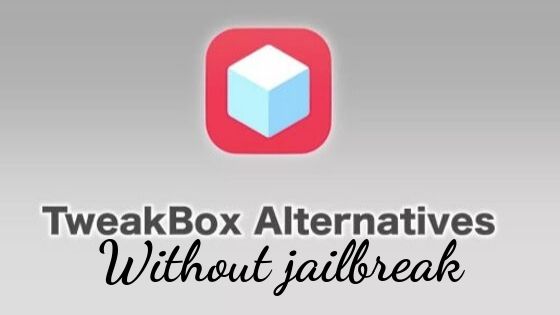 Tweakbox and its alternatives

Tweakbox is an unofficial Appstore especially developed for ios devices. This store is only meant for downloading 3rd-party apps and games which is not available anywhere else. Many 3rd party stores and its alternatives are not that much handy as ‘Tweak box’.

‘Cydia’ is also one of the most popular app store for ios devices. But the major drawback of this app is that as it is simply a jailbreak(to get access to the root level).

Tap on install button to directly download Tweakbox Appstore directly on your phone.

Why use Tweakbox when there are multiple app stores to download 3rd party apps?

There are multiple reasons for choosing Tweakbox irrespective of another app-

How to use Tweak box app?

Tweakbox a boon for ios devices!

Tweak box is a mobile app installer that can be used for downloading those apps which are not available on the iPhone app stores. By using Tweakbox as a store, users can enjoy the premium content for free. In Tweakbox store you can find those popular apps which are not available on apple app store like Facebook, Instagram, Snapchat in the modified and tweaked version to improve the user experience. 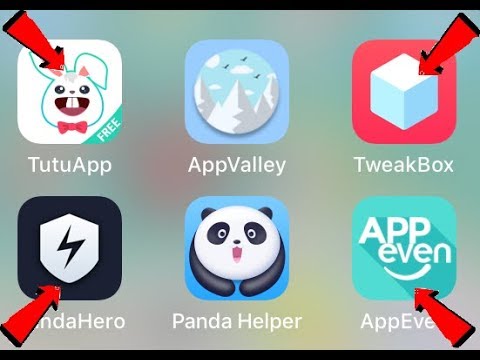 Many apps are very much helpful but these applications are not working properly on Tweakbox and require alternative Apps like Tweakbox. There are a limited number of unofficial app stores that offer 3rd party apps and games for iPhone and iPad, that are not available anywhere else for iPhone. And tweak box is, without a doubt, the best and most popular app installer.

A well-known Cydia is the first unofficial and app store like tweak box offering a vast choice of ios apps and tweaks. However, there may be many types of specific apps that are either not available or doesn’t work properly.

Then what to do when some apps don’t work on the Tweak box?

Note- Many users doubt the security of Tweakbox and they want to uninstall it. Go and check it out is Tweakbox really safe and if you find it unsafe than how to remove it.

Panda Helper app is an alternative to Tweak box for ios 13 and it acts as an unbelievable reliable unofficial app installer. It is a huge collection of jailbreaking and tweaks that you can think of for free. 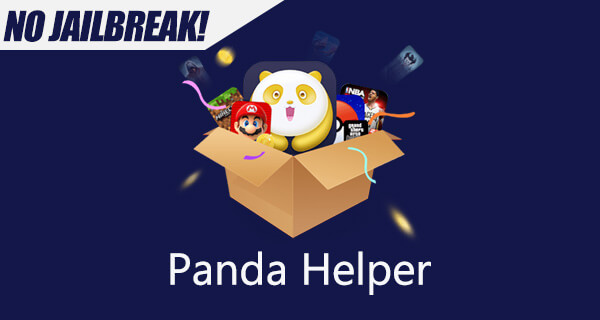 Due to its excellent distinct feature, it is getting more popularity among iPhone users. The main reason behind its popularity, because it is one of the safest and easiest of all app installers to use and features Full SSL encryption.

Few features which are exclusive and are unforgettable are-

And the important thing is that it has both paid and free versions and you can opt for anyone of them based on the quality of service you are seeking.

If you want to download panda helper check it out, it will directly take you to the downloadable link

Simply you have to click any one of the above and configure the required configuration. Some time app revokes issue may occur because apple doesn’t allow you to use this unofficial app store. But the simplest way to get rid of this is by installing anti revoke app on your device. Check out the anti revoke app that how it works.

The given apps are also acting as panda helper alternatives too. But more or less they are similar to Tweakbox.

App Valley is quite a great app having the similarity of Tweakbox as similar to app valley also hosts the applications that are hosted by its alternatives too and Tweakbox. Apparently, Tweakbox is quite easy but it creates a hurdle when that app is not available on the app store. No need to get tensed about the problem there is a fine solution for the same you can move on to another app store named as ‘App valley’. 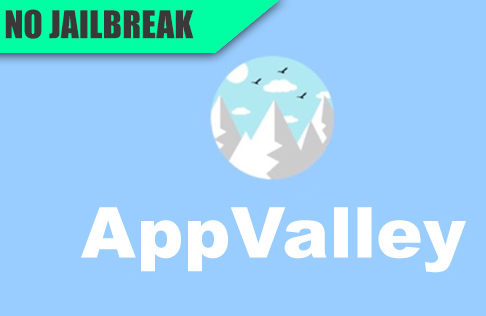 App valley is an alternative app store for iPhone where you can find tools that usually won’t be able to download from the usual ios market. This app store is developed to unveil the premium content for free. And the best thing about this is that you need not jailbreak your phone as it is available for free.

Functionality that it offers you are- you can use spotify++, snapchat++ or hacked versions of many premium contents for free and it is the easiest way of installing paid apps for free.

Zestia working as an alternative

Zestia, an alternative solution of Tweakbox and also for the iOS jailbreak seeker. It is also considered safer as it will not place your iPhone or iPad in a compromised situation. It should be noted it’s not a jailbreak but an alternative for stock iOS.

The best part of this is that users need not to worry about securities and issues like voiding warranties. As Zestia did not provide the whole previous iOS jailbreak have but it offers something close to that.

It is easy to install the application and also working on diverse ios versions and it even works on multiple versions and once it was working ranging from ios 7 to ios 12 and everything in between.

If you want to download it open this http://zestia.lmdinteractive.com/ on your safari browser. Click on this link and after that install and give the required configurations.

Zestia is one step ahead to app valley and tweak box as it compares the application you want against its app store counterpart. It also informs the latest version available for the application.

As this is having exclusive features that might not be seen with other AppStore this is the only app that has modded pokemon go game. 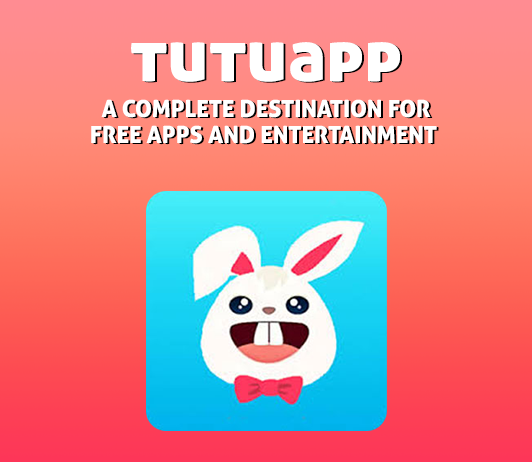 In recent years it is getting more popular because of its availability on multiple platforms i.e Pc, smartphones, and iOS.

This is an APK for tutu app- Downloadable link1

Mojo installer is also an app similar to Tweakbox. The special quality of mojo installer is that it is having a big library of mod apps, Cydia apps and even apps on the app store. Like all the apps are free, games are according to the user with a user-friendly interface. 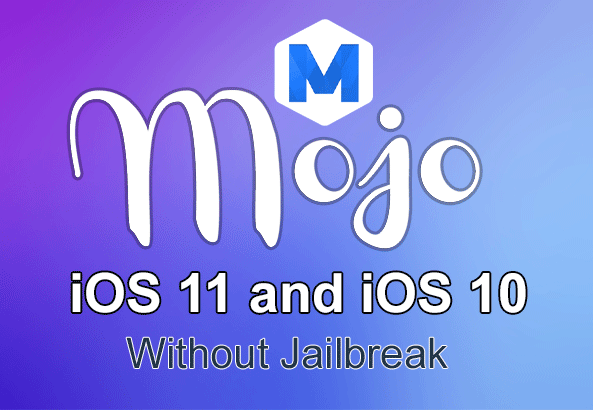 This is a special kind of app installer that enables users to download additional features. The modification and customizations boost and improve upon the stock version of Apple iOS. Mojo installer isn’t exactly a ‘jailbreak’ but it is a way to make the apple’s content more user-friendly to the apple users.

To download the app enter the mojoinstaller.org or mojoapp.net in the safari browser and after that configure the required configuration.

App even- Last but not the least

App even is as much popular as Tweak box and App valley. This app is exclusively available for the iOS user in the app store. This is mainly developed for iOS users to download the premium app and modified games that are not available on the app store.

Till date iOS user are using Tweakbox for downloading tweaked apps which provide access to many features than present in stock apps Appstore of apple. 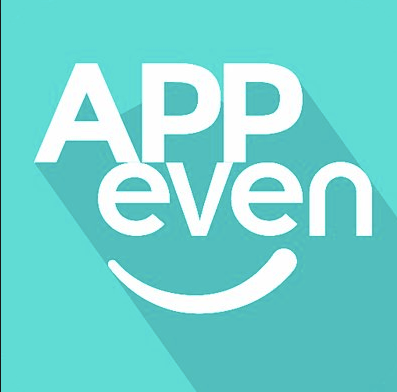 In the recent few years due to disappearing jailbreak option, it becomes very difficult to install Cydia in iPhone. Due to difficulty, many third-party installers developed to provide solutions.

Above stated apps like Tweakbox, the best alternatives of Tweakbox when jailbreak options were disappearing then these third-party apps are getting momentum in the iOS world.

They are becoming an alternative to Tweakbox, panda helper is also acting and doing best in providing alternative apps. And this panda helper is working on all ios devices and in which panda helper is also available providing the VIP service in which you can access those premium contents which are not available for free. After doing a deep and thorough research, my recommendation to my readers is the Tutu Appstore which is compatible in all the three formats i.e-P.c, android, and iOS version. This app also provides free premium content and especially for global games.

If you find this content useful then share it to all your friends and colleagues which may help in the enlightenment of their knowledge by your simple click. And if you find that something is missing in this content, please comment it I will consider it in my next update.

One Comments “Tweakbox and its alternatives”